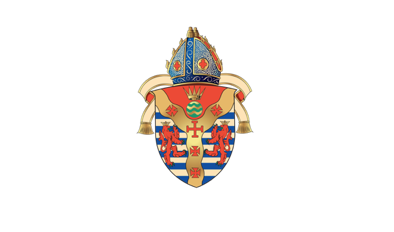 In the haunting passage of scripture read this year on the first Sunday of Lent (Lk 4:1-13), it was only Jesus who was on any sort of journey.  He had walked into the high stony desert and was starkly alone.  There, with no company other than himself, he faced down those things that might have threatened to be his tempting demons – despair, lust for power, pride in specialness – and prevailed.

By the time of the reading set for the second Sunday this Lent (Lk 13:31-35) he had acquired  followers, disciples.  They were witnesses to the foreboding message he sent to the hostile local ruler Herod Antipas, “that fox”:  “For today and tomorrow and the next day I must go on, since it would not be right for a prophet to die outside Jerusalem.”

The collect for the third Sunday in Lent, in which Jesus “went not up to joy but first he suffered pain, and entered not into glory before he was crucified”, reminds the Church of the rebuke to Simon Peter at Caesarea Philippi in front of the whole crowd that was now following Christ (Mt 16:13-28).  After he had made it clear that he was destined to go to Jerusalem and suffer grievously and be put to death – and, he added to their complete incomprehension, to be raised up – Peter remonstrated and said that just mustn’t happen.  But Jesus turned and said to Peter, “Get behind me – Satan!  If you think like that, you are an obstacle, because the way you think is not God’s way but the human way”.  And then he said, “You want to be my followers?  Then give up preconceptions and take up your cross and follow me.”  Everyone knew the Roman instrument of execution.  And, to his profound credit, Peter did put aside his preconception;  he did accept the rebuke;  he, with the rest of the inner band of disciples, did follow Christ, wherever he was going to take them.

On the fourth Sunday of Lent the Church this year was reminded of the irreducible core of what Jesus both preached and lived wherever he travelled, both when he was adored and when he was reviled:  mercy and love for absolutely everyone, even and especially the “bad”.  The set Gospel (Lk 15) began with what his critics accused him of:  “This man welcomes sinners;  he eats with them.”  Indeed he does.  Then he tells a parable to prove that and scandalise them:  that of the wayward, ungrateful son, the utterly forgiving, loving, and embracing father, and the uncomprehending and out-of-sorts elder brother.  Christ taught that parable on the way to his coming arrest, beating, and death in Jerusalem.  It’s the irreducible core of what the Church must teach and live, and the Church is reminded of it as the direction of the journey of Lent becomes – should become – clear.

The direction is never so clear as in the Gospel of the fifth Sunday in Lent (Jn 12:1-8).  Mary, Martha, and Lazarus wait on Jesus in their house and Mary startlingly anoints his feet with funeral unguents.  Judas Iscariot can’t or won’t understand what she’s doing:  money could have been better spent on the poor.  Jesus says, “You have the poor with you always.  Do you spend money on them?  As for this, let her be:  she senses what, and to whom, and why she is doing it.”

And so to Palm Sunday, when crowds hoping for a revolution feted him.

And so to the days following, when he expelled exploitative traders from the Temple and enraged the custodians.

And so to Holy or Maundy Thursday and the last supper, at which he washed his followers’ feet and asked whether they understood him; when Judas committed himself to betray him, even in the midst of a meal in which he gave them bread and said, “Eat:  this is my body” and poured them wine and said “Drink:  this is my blood”.  Then they went out into the night, to Gethsemane, and to his agony in the garden surrounded by his sleeping friends.

And so to the treacherous confirming embrace of Iscariot,  and arrest and imprisonment in Caiaphas’s prison;  to Peter’s weakness;  to the trial before the Governor; and therefore to Holy Friday, which we call Good;  to the way of the cross, the nailing, the three hours suffering, the Words spoken or gasped from that instrument of torture;  to the death of the Lamb of God;  to his cradling by his mother;  to his laying to rest in Joseph of Arimathea’s own reserved cave-tomb.

And to the day of silence, Holy Saturday.

And finally, quite unexpectedly, very shockingly, to what reason can’t probe, disassemble, or unpick but faith marvels at: that it was not the end of, or for, Christ Jesus.  He really died but somehow “was not there”;  was – they came to say – “raised, risen”.  Mary Magdalene met him and knew him only when his voice spoke her name.  Then men, and more women, followed.  Billions have, since.

Some journey.  And we were on it, in our keeping of Lent this year and every year, however sketchily or inattentively or uncomprehendingly.  We have been on it with those billions in the past and with multiple millions in the present, fellow travellers on the Road of Christ:  we have been and are members of the Body of the Church Universal throughout all ages, fallible yet following.  Most of all we are on the road with Jesus Christ, and he with us, both ahead of us as the firstfruits of the kingdom, and alongside us as our friend, and behind us like a good – the best – shepherd.

And he always knew the depths as well as the heights of what human beings are capable of. Hatred and narrowness encircled him and killed him.  He well knows suffering.  He well knows sufferers.  He knows Yemenis and Ukrainians and Syrians and Afghans.  He knows the sick, the dying, and the bereaved.  He knows the disappointed and the desperate.  He so loves us.  God so loves us in him.  And God through him shows us, shows all, that sorrow and even death are not the end of, or for, us and our journey.

Where it started was our baptism – or I might even dare to say our creation.  We have never been alone on it.  Where will it lead?  Deeper and deeper and most deeply into God, in whom, through Christ, we discover our very identity.

We walk on, this year as always through the holiest of weeks with Christians of all traditions into the Great Paschal Feast of the Resurrection of the Lord.

Bowerman back to Bradford